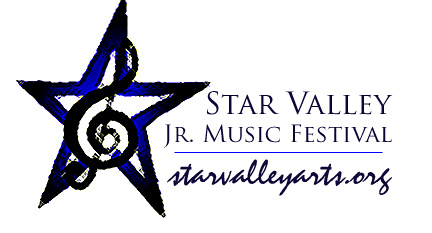 Making music fun has been Kristene Marchant's objective over the last 15 years of private piano teaching. During her college education, she taught at the University of Utah Conservatory as a private and classroom teacher. She continues to host “carnival” and “monster” concerts, a concept introduced to her at U of U . She received a Bachelor of Musical Arts in Piano Performance and Pedagogy from BYU Idaho and later worked at BYU Idaho as a piano pedagogy student teaching supervisor and an instructor for the BYU Idaho beginning piano class. Kristene currently lives in Jackson, Mississippi where she writes musical arrangements and maintains a private piano studio.

Daphne graduated from WSU in Music Education; taught at WSU's String Project Consortium; instrumental music at DaVinci Academy of Science and the Arts; and privately for 12 years.

Laura Zisette was a faculty member in the Utah State University Music Department from 1985-2003. She has taught private piano for 30 years and served as Director and Coordinator of the USU Youth Conservatory and taught varied levels of music theory classes. She received her Bachelor of Music degrees in Piano Performance and Piano Pedagogy at USU. She co-authored a popular theory book series available at Kjos Music. She currently lives in the Tri-Cities area of Minnesota. Her musical family plays the violin/fiddle, flute, piccolo, irish whistle, guitar, banjo, mandolin, accordian, upright bass, and other interesting and rare instruments. As relief from the intensity of classical music, Laura plays in their family dance band known as “Toss the Possum”.

Professor Lane is the general director of Opera at Idaho State Un iversity and director of the 40-voice ISU Women’s Choir. She was previously the singing instructor at the Yale University School of Drama, and has also taught at the high school level. She maintains a large and successful voice studio and serves as Vocal Coordinator for the Department of Music. She received her Bachelor of Music from University of Montana, and her Masters from the Yale School of Music. Professor Lane has appeared in recitals, opera and musical theater throughout Southeast Idaho, and is a familiar soloist at the Idaho State Civic Symphony and Idaho Falls Symphony.

Luke Kratz has earned degrees in Music Composition from Missouri State University and in Music Education from Idaho State University. He has been teaching music for nearly 10 years. He also plays in many bands and performs with other talented musicians at various venues throughout Southeast Idaho.